This was probably the best Distillery tour of the trip. Mr. Ian MacArthur is a living legend. Make sure you book his tour well ahead of time as it gets booked very quickly as he is only there on Tuesdays I think. If you are lucky you will get baptized in some old Lagavulin by the man himself. He is holding the list of what we will soon be trying. Some 6-year-old shwag stuff just to show you the base product. Then the 14, 20, 25 and 36-year-old. Jerry says that he was able to get a taste of the 50-year-old in addition to having his hair shampooed with it by Ian himself when he came 2 years ago. That rat bastard.

Here is a blog post of someone who was also lucky enough to have tried the 50-year-old Lagavulin. 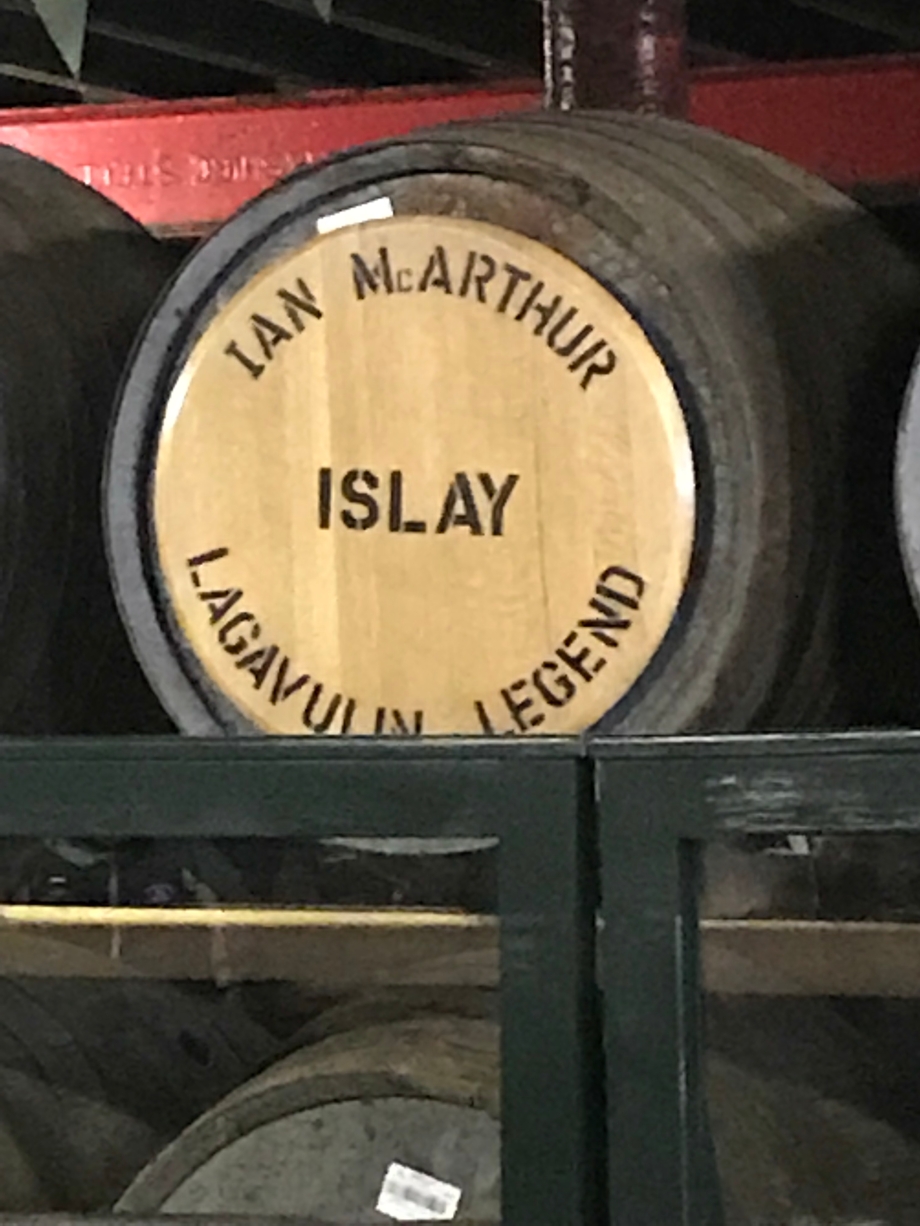 Before starting he did tell us about his decades-long experience here, and how in the 80’s with the decline in whisky’s popularity you could have snagged a cask of 50-year-old Lagavulin for a ridiculous price, but he did disclose that they actually sold a barrel of it within the past year or two to some Asian investors for $500,000.00 pounds, not dollars. I could not find any mention of this online, but this came straight from Ian’s mouth. So in the near future be ready to maybe see something of that sort hit the market from these investors that bought a 50-year-old cask. Or maybe they are just going to bottle it for themselves and drink it until they die. Imagine drinking 50-year-old Lagavulin with every meal until your liver explodes.

You can see why investors were so quick to pay this price for a 50-year-old Lagavulin when a bottle of 50-year-old Yamazaki sold for $300k.

He was showcasing the 200th year anniversary limited edition 25-year-old that he handcrafted himself. It was selling for 799 pounds at the distillery, but now it’s going for $1200.00. Another regret that we didn’t get a bottle of this. Only 6000 bottles in the world, of which only 1200 were allocated for the US. He did mention that he is currently working on the next special release which won’t be out for several more years.

Oh well, Erika and I got to suck it out of the barrel, so that’s good enough.

Here I was sucking down the 20-year-old Lagavulin.

Here we are laughing at Ian’s jokes. My dram was filled to the very top. No wee dram here. At least I was able to get seconds of my favorite. I went for the 37-year-old. 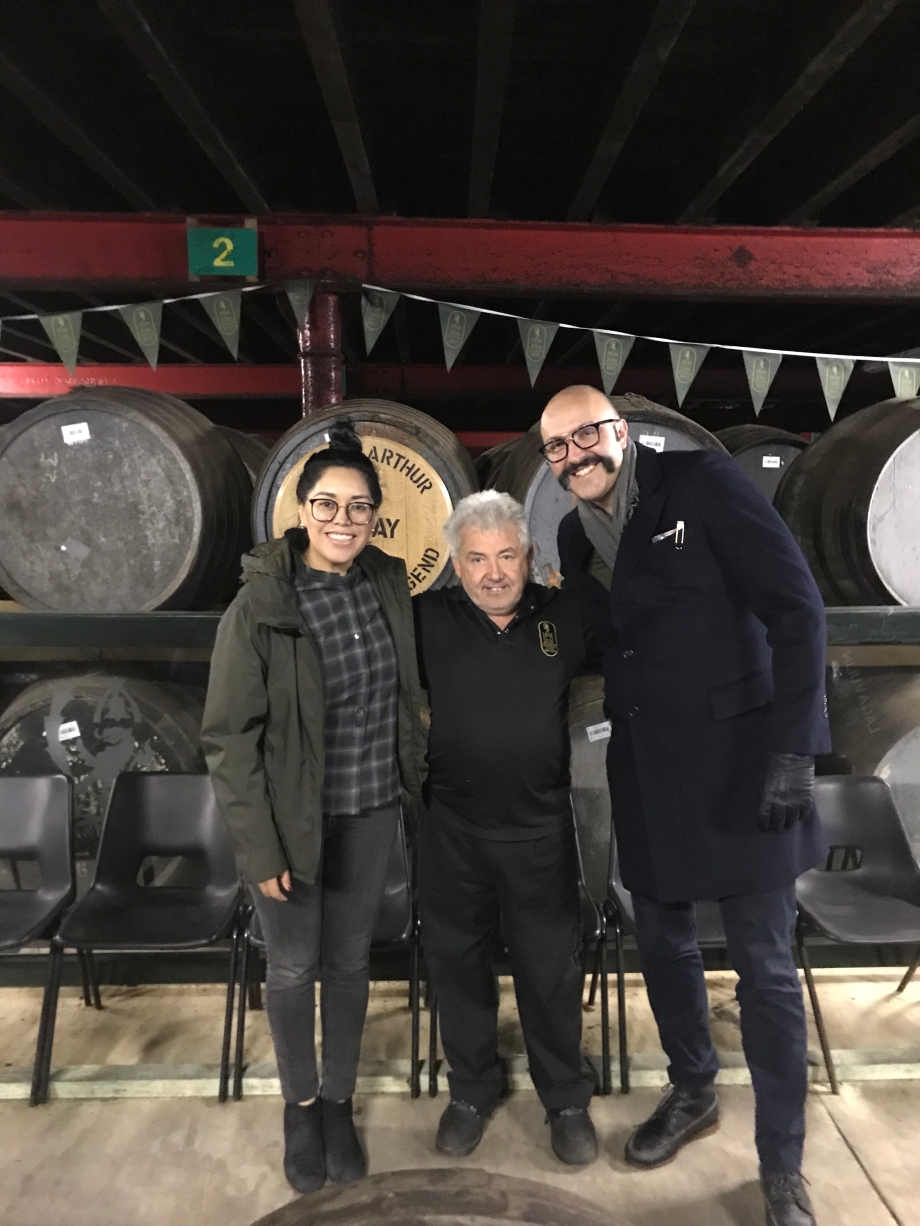 What a character. He was by far the most personable and hospitable man we met on all our tastings. He looks like a leprechaun next to me. 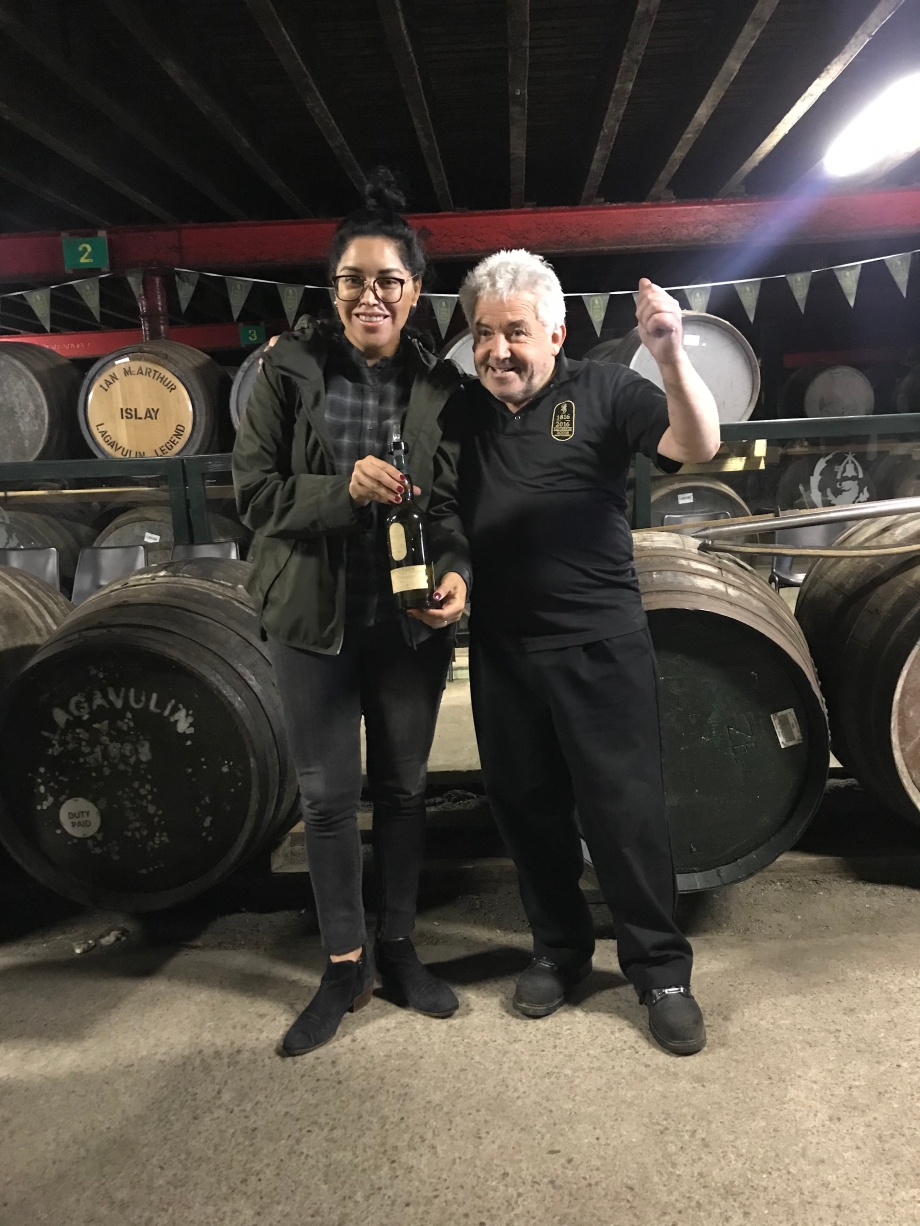 Though it was a wee smaller of a distillery, it had very pretty landscaping and grounds. It’s the first distillery after Ardbeg on your way towards Port Ellen, back to the center of town. 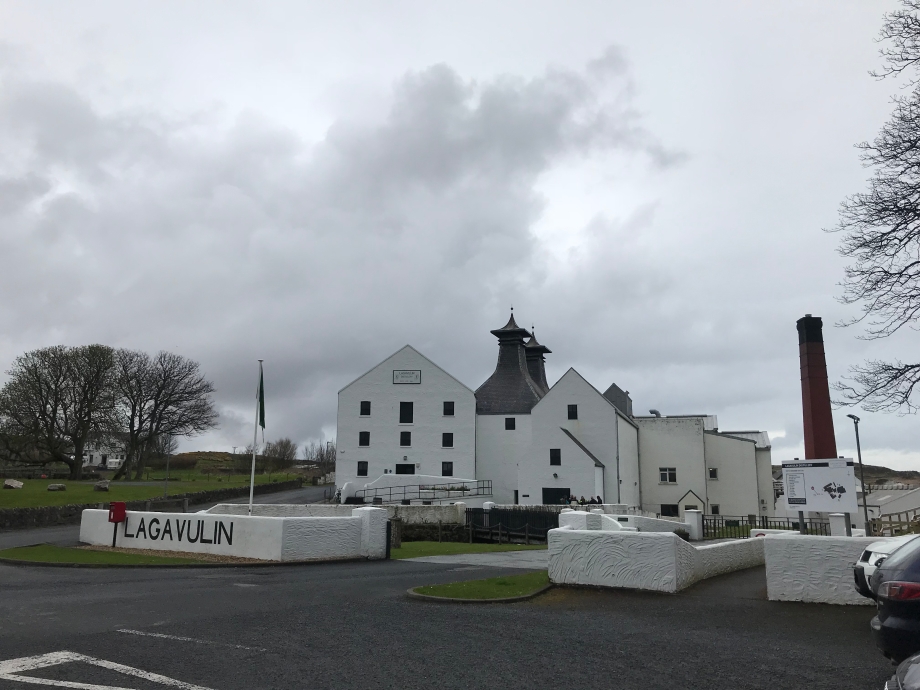 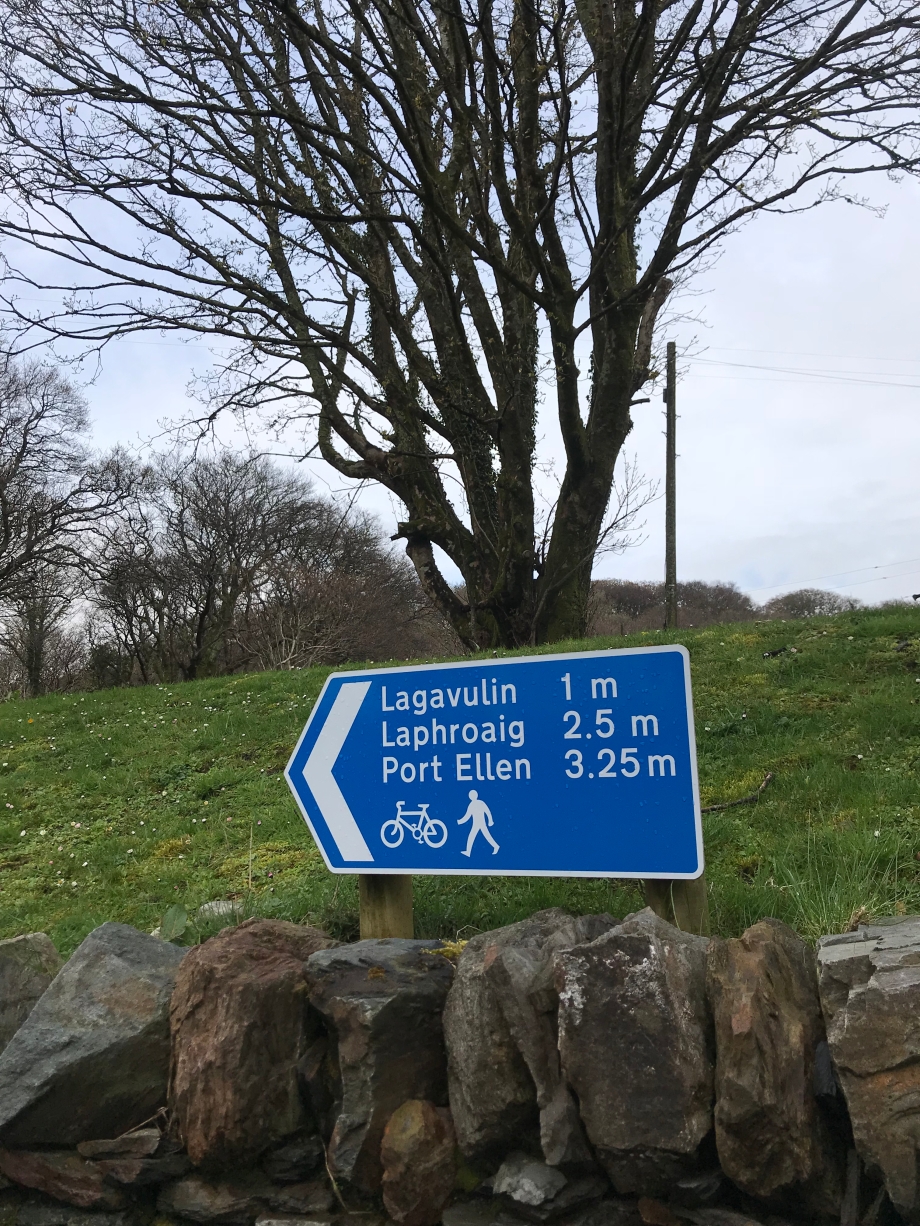